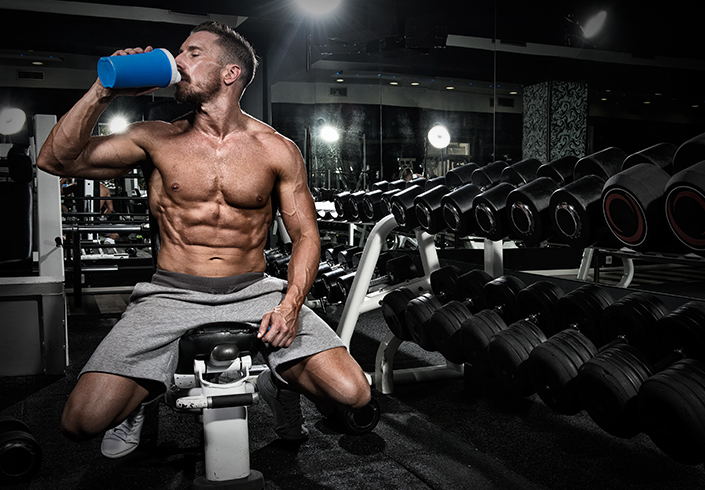 Rule #1- Eat Before You Train

Have a meal before your training session to burn more fat. Eating before working out was shown to enhance your metabolism. In a study, those who ate before their moderate-intensity cardio session had increased EPOC (Excess Post Exercise Protein Consumption) compared to those who did the same session on an empty stomach. EPOC is the amount your metabolism is elevated after exercise for muscle recovery. When you eat before you train, your EPOC remains elevated for 12 to 24 hours after your training session, indicating higher metabolism and greater fat burn.

Avoid eating carbs including bread, pasta and rice before your workout to lose more fat. Carbs break down into easily digested sugar in your body. When you eat carbs and exercise, your body uses this sugar for immediate energy. In absence of carbs, your body will break down your fat stores for energy. Instead, keep your carb intakes till after your training session. This is the best time because your metabolism is elevated after training and your body burns calories at a faster rate. Also, your body will use carbs to replenish your muscle glycogen stores instead of storing them as fat.

Caffeine before training was shown to improve performance endurance by 11%. The more energy you have, to workout, the more calories you can burn.  Also, coffee can boost your fat burning.  It was shown to temporarily boost metabolism by 3 to 10% and fat burning up to 10%. In a study, those who had 2 cups of coffee everyday and exercised lost 2.5 kg of fat after 1 month. Keep in mind that the efficacy of caffeine in improving performance and burning fat depends on how much coffee you’re currently drinking.  Most studies were done on subjects who don’t consume caffeine regularly.

You’ve probably heard that losing fat is 80% fuel and 20% exercise. You could be eating healthy but not consuming the right amount of calories for your specific needs. You need to be on a caloric deficit of 500 kcal to lose body fat. If the caloric deficit is too little, you will not see the results you want.  Calorie requirements are different from person to person.  The amount of calories you need depends on your age, weight, gender and activity levels.

Whey protein may help you burn fat.  In a study, 2 groups followed the same calorie-reduced diet but one group took a whey protein shake before and after training. After 3 months, both groups lost weight, but the group who had a whey protein shake lost 6% more body fat.  Protein has a higher thermic effect (20 to 35%) over carbs and fats (5 to 15%), meaning that your body uses more energy or calories to digest protein and make use of it. Try taking a scoop of whey protein powder with water on your training days.

Lack of sleep slows down your fat loss progress. A recent study showed a relationship between sleep duration and body fat loss. Subjects followed a calorie-controlled diet to lose fat. After 3 months, those who had a good sleep quality and duration were found to lose more fat mass than those who slept for less than 5 hours.  Aim to get at least 6 hours of sleep every night. Also, make sure you stay away from your laptop or phone before you go to bed for a good night sleep. These emit blue spectrum light and tell your brain to stop secreting melatonin, your sleep hormone.

If you train non-stop, with no rest days in the hope to lose more fat, your body may consider it as a physical stress and secrete the stress hormone cortisol. One of cortisol’s jobs is to convert amino acids in muscle to glucose to give your body extra energy to overcome stress. But when you’re constantly training and not giving your body any rest, your body keeps releasing cortisol. Constant high cortisol levels negatively affect other hormones and metabolism. It promotes the synthesis of visceral fat, the fat that builds up around your belly.  Make sure you rest at least 48 hours between workouts that use the same muscle groups. Your muscle needs to recover. Vary your workouts by performing workouts of opposite muscle groups on consecutive days.  Also, take at least 1 to 2 days off per week. Your body needs a break once in a while to recover.

Doherty, M., and P. M. Smith. “Effects of caffeine ingestion on rating of perceived exertion during and after exercise: a meta‐analysis.” Scandinavian journal of medicine & science in sports 15.2 (2005): 69-78.

Doherty, M., and P. M. Smith. “Effects of caffeine ingestion on rating of perceived exertion during and after exercise: a meta‐analysis.” Scandinavian journal of medicine & science in sports 15.2 (2005): 69-78.