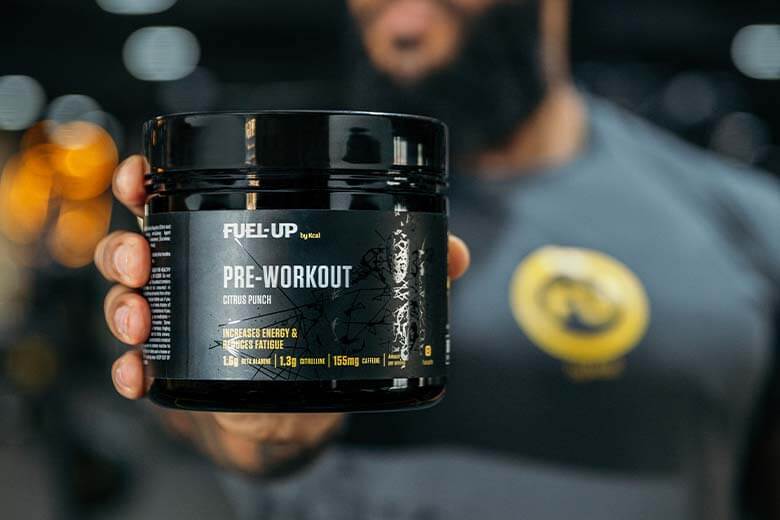 7 Pre-Workout Supplements You Need for a Better Workout

Did you know that supplementing with the right nutrients pre-workout not only helps you get the most out of your workout, it will also enable you to work out at a higher intensity, push out more weight, increase your time to failure, increase your power output, and allow you to train longer? This can ultimately lead to superior workouts and better results! If you haven’t been supplementing pre-workout, maybe now is the time to start. Try one or all of these seven research-proven, pre-workout supplements to make the most of your time in the gym! Most of these supplements can be found in a blended pre-workout product, but can also be used on their own. For maximum results, be sure to take 15 to 30 minutes before your workout.

Creatine is a naturally occurring amino acid found in meat and fish. Creatine is also found naturally present in the body. But despite these facts, it is impossible to get enough creatine from our body or from the food we eat to elicit its positive performance-enhancing benefits without supplementing.  Creatine supplementation increases the body’s creatine stores. As a result, more phosphocreatine is available for use by our muscles, which means more phosphate is available to ADP to help regenerate ATP– our muscles’ energy source. Supplementing with creatine not only results in longer sets and more reps, but also gains in lean muscle and strength. Clinical studies show that creatine can significantly increase lean muscle mass in as little as just two weeks. If that’s not enough, it also plays a role in improving performance in high-intensity exercise, increasing energy levels, and speeding up recovery rates.  Try using a daily dose of 5 grams per day over an 8-week period.

Beta-alanine is a non-essential, amino acid that can increase the level of carnosine in the muscle. Research has shown that when beta-alanine is consumed, it enters the bloodstream and is taken up by the muscle cells, where it is synthesized with the abundant amino acid L-histidine to form the dipeptide, carnosine. The primary function of intramuscular carnosine is to buffer hydrogen ions (H+), which can get produced during an intense workout. Carnosine neutralizes or buffers acidic build-up in the muscles by locking up these hydrogen ions and thereby increasing time to fatigue, allowing you to push through longer sets and making those last few reps possible. Beta-alanine comes with a unique side effect, often termed as a “burning-rush,” but not experienced by everyone, and is typically dose-dependent. Research has also shown that combining beta-alanine with creatine can result in more increases in lean mass, more loss of body fat, and greater maximum strength lifts when compared to supplementing with just creatine alone. A typical dose of beta-alanine is 1.6 grams per serving.

An amino acid that the body cannot make naturally, arginine is involved in many processes including hormone secretion, the removal of toxic waste products, improving sexual function and immune defense. But perhaps the best use of arginine for a serious fitness athlete is its ability to produce nitric oxide (NO) through the property of vasodilatation. Supplementing with arginine can help increase vasodilatation of blood vessels, resulting in better transfer of important nutrients to the muscle, and ultimately aiding in growth and repair.  This increased dilation and delivery results in that muscle “pump” you may experience during a workout. Arginine can be supplemented at about 500 mg to 1000 mg for the best results.

Citrulline is a non-essential amino acid that has a few different roles relative to maximizing your workouts! During an intense workout, metabolic breakdown of amino acids, increased levels of ammonia, toxic nitrogen metabolites and limited arginine availability can occur. Supplementation with citrulline can also increase arginine levels. And as just discussed, increasing levels of arginine increases the amount of NO available to the muscles! Citrulline can also assist in the elimination of byproducts of protein metabolism, reduce the negative effects of ammonia, and can help eliminate that lactic acid burn experienced during extreme workouts, therefore assisting with its anti-fatigue properties and reduced muscle soreness. Research has also shown that supplementation with citrulline can increase anaerobic energy production, resulting in an increased number of reps per set and can also increase aerobic energy production by increasing the rate of muscle ATP production during exercise. That means more energy is available to work muscles from both of these pathways, allowing you to go the distance during every workout!

This energy-boosting compound is by far the most commonly used pre-workout product on this list. Caffeine is contained in everything from coffee, tea, and chocolate to energy drinks. You have probably already relied on caffeine’s energizing effects to get you through a long day at work, study for a tough exam or even lift you up prior to a tough workout. Caffeine works by inhibiting the enzyme that blocks the degradation of cAMP, thus prolonging the presence of epinephrine. This mechanism of action allows energy levels to remain high for pro-long periods, which can mean longer workouts! In addition, caffeine can increase the activity of neurotransmitters involved in focus and response.  The typical dose of caffeine is between 100 to 200 mg and is dependent on your caffeine sensitivity.

This non-essential amino acid can be found in pre-workout supplements because of its ability to improve the perceived level of fatigue, cognitive and physical performance during stressful conditions. Tyrosine’s benefits including improved mental alertness increased reaction speed, and increased ability to concentrate are all beneficial whether you are performing a tough weight training workout or a long and strenuous cardio session. Tyrosine can help you get through with increased focused and concentration. Try supplementing with a dose of tyrosine between 500 to 1000 mg per day prior to workouts.

Vitamin B6 and B12 are the most commonly supplemented B-vitamins primarily for their ability to influence the energy pathways. B6 is highly involved in protein metabolism by aiding in the manufacturing of amino acids, which is critical to the muscle-building pathway. It is also involved in carbohydrate utilization. Research has shown that athletes have an increased need for vitamin B6 and that performance can be improved with supplementation. Vitamin B12 is involved in carbohydrate metabolism and maintaining nerve cell transmission which is fundamental for muscle contraction, coordination and muscle growth. It is also involved in the metabolism of every cell in the body, especially affecting DNA synthesis and regulation, fatty acid synthesis and energy production.