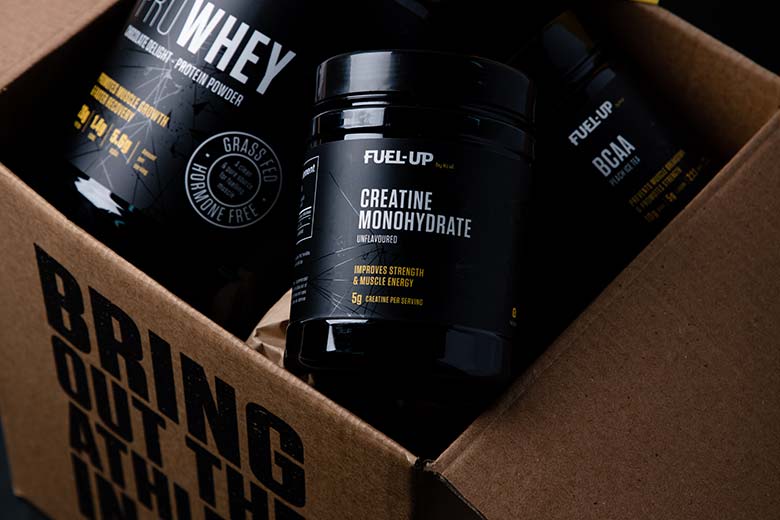 The Truth About Creatine

If you’re the kind of person who takes their workouts seriously you probably want to build muscle. You’ve probably also heard of or tried the almighty creatine.  Of all the supplements on the market today, creatine is by far the most researched and clinically validated. In fact, it has 100’s of studies that back its efficacy. Creatine is also one of the first true sports supplements. It gained significant popularity after the 1992 Olympic, as it was used by some of the gold medal winners.  Although it has a proven track record, there are still many myths and untruths about it. This article answers some of the most common questions that surround this popular muscle-building supplement.

Creatine is a naturally occurring amino acid found in meat and fish. Creatine is also found naturally present in the body. But despite these facts, it is impossible to get enough creatine from our body or from the food we eat to elicit its positive performance-enhancing effects without supplementing.

How does creatine work?

Creatine provides a phosphate to the ADP molecule to produce ATP, which is the primary source of energy in muscle cells. Supplementing with creatine increases the body’s creatine stores. As a result, more phosphocreatine is readily available to replenish ATP for use by the muscles when you’re lifting weights or performing a high-intensity workout.

What are the benefits of creatine?

Supplementing with creatine has shown some pretty impressive results including increased strength and power, gains in lean muscle mass, reduced fatigue, improved recovery and endurance, and greater muscle hydration.  It has also been shown to have other benefits including acting as an antioxidant and preventing cognitive decline.

How do you take creatine? Must it be combined with sugar for absorption?

Early research indicated that it was necessary to combine creatine with 75g of dextrose or sugar (causing an insulin spike) to help muscles absorb the supplement. This is because insulin helps shuttle nutrients to the muscles for use. However, new research suggests that creatine absorption can be accomplished without the use of a high-glycemic sugar. A dose of 5g of creatine daily for at least 8-weeks will increase muscle creatine stores.

Do you need to load creatine?

Traditionally, it was recommended to load creatine (25g daily, in divided doses) to quickly super-saturate your muscles for up to one week. Then, one would follow up the load with a maintenance dose of 5g per day. However, this is not necessary. By taking a 5g dose per day, your muscles will actually end up just as saturated in nearly the same amount of time.

Can you take creatine with caffeine?

One study a long time ago suggested that caffeine hurt the results of creatine. However, no other studies have been able to replicate that fact. A similar follow-up study investigated an alternative strategy to optimize the independent effects of creatine and caffeine. Subjects abstained from caffeine during the loading period for 6 days. Then, they ingested a single dose of caffeine prior to exercise. They proved that acute ingestion of caffeine has ergogenic (i.e. performance-enhancing) effects on short-term, high-intensity exercise regardless of whether creatine supplementation precedes the caffeine ingestion or not.

What are the side effects of creatine?

You may have heard that creatine can harm your kidneys or cause muscle cramping. Despite what you may have heard there is no substantial research to support these claims. What’s more, creatine can actually reduce cramping since it improves muscle hydration and, even better, has been shown to have health benefits outside of sports performance (e.g., decreasing muscle pain, firming skin, managing cholesterol, improving cognition).

Can creatine be stacked with other supplements?

Yes, creatine is often combined with other muscle building supplements. You can find it in protein powders, pre-workouts and mass gainers, to help increase muscle mass, strength and performance. If you prefer to supplement it with a few individual supplements, consider stacking it with beta-alanine. When creatine supplementation was combined with beta-alanine, it has been shown to increase lean muscle and decrease body fat composition more effectively than when taken separately.

Will you lose your results if you stop taking creatine?

No, you have put on muscle through your intense training and your body’s adaptive response to it. Creatine just helped fuel the training and muscles at work. If you choose to stop taking creatine, you will no doubt lose water weight, but that muscle you put on will remain if you continue to eat clean and train consistently.