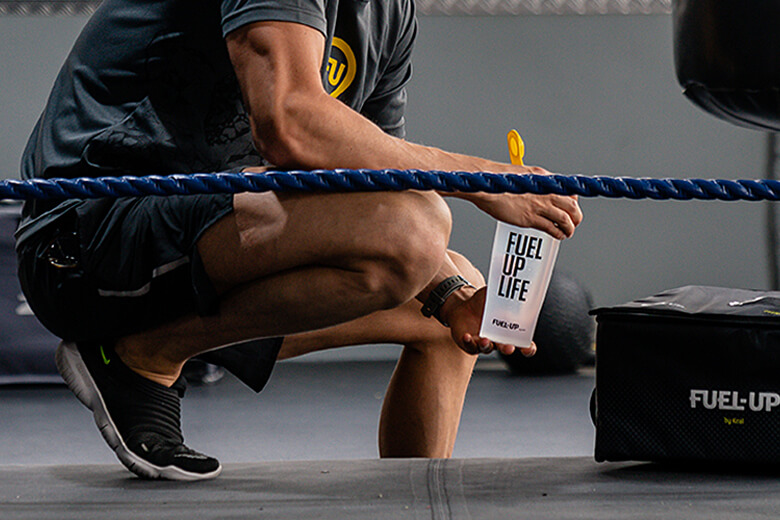 Everything you need to know about pea protein.

Pea protein is basically exactly what it sounds like: protein extracted from peas.
It’s made by drying and grinding peas into a fine flour, mixing it with water, and removing the bulk of the fat, fibre, and starch, leaving mostly protein with a smattering of vitamins and minerals.
The paste is then dried and ground into a fine powder, creating pea protein isolate, which is usually what you get when you buy pea protein powder. The precise nutrition facts of pea protein isolate vary depending on how it’s processed, but most brands will provide the following in one 27-gram serving:
– 100 calories
– 21 grams of protein
– 2 grams carbohydrate
– 1.5 grams fat
– 1 grams fibre

Pea protein is also relatively high in iron compared to most other plant-based protein powders, but the kind of iron found in plants isn’t as easily absorbed or processed as that found in animal foods. You can overcome this problem somewhat by consuming pea protein (and other plant foods) with foods rich in vitamin C, but it can still be challenging to get enough iron from plant foods alone.

Is Pea Protein a “Complete” Protein?

To fully answer this question, you first need to understand amino acids.
– Amino acids are the building blocks every tissue in the body, including muscle tissue.
– Our bodies need 20 amino acids to stay alive, and 9 of them must be obtained from food.
– These nine are known as “essential amino acids,” or EAAs. Three of these amino acids—leucine, isoleucine, and valine—are known as branched chain amino acids (BCAAs), and research shows they’re particularly helpful for stimulating muscle growth.

So, as a general rule, the best plant-based protein powders are going to have more essential amino acids (and especially BCAAs) than others.

Most sources of animal protein, however, are high in all nine EAAs, which is why omnivores have a much easier time meeting their EAA needs and is one of the reasons they typically have more muscle mass than vegetarians and vegans.

Now, this doesn’t mean you can’t meet your EAA needs without eating animals—you just have to be selective about where you get your protein.

What’s more, some sources of plant protein are much higher in EAAs than others. For example, pea protein is about 30% EAAs, which is just a little less than casein protein at 34%, and it’s rich in eight essential amino acids, only lacking large amounts of methionine. Luckily, you can get plenty of methionine from other foods.

The Benefits of Pea Protein

There are three things that make pea protein a standout among protein powders:

It has an excellent amino acid profile.

A protein’s amino acid profile is a breakdown of how much of each type of amino acid it contains.
Pea protein is almost entirely protein. Specifically, it is about 85% protein, 7% fat, 3% carbohydrate, and 5% vitamins and minerals. In comparison, whey protein isolate is the purest form of protein you can buy, and it’s about 90% protein by weight.

It is also rich in essential amino acids, and in branched-chain amino acids (BCAAs) in particular.

The easier it is for your body to digest, absorb, and process a protein, the better it’s going to be for building muscle and improving health.

So, the higher the digestibility score, the better the protein is for building muscle.

Now, you may have heard that pea protein isn’t as easily digested and absorbed as other proteins due to “antinutrients,” this simply isn’t true. Antinutrients are compounds that interfere with the absorption of other nutrients, like protein, vitamins, and minerals, and they tend to be much higher in plant foods than animal ones.

These substances are naturally present in peas, but they’re more or less completely eliminated through the standard processes used to create pea protein isolate.
Research shows that pea protein has an excellent digestibility score of around 70 to 80%, depending on how digestibility is measured. While this still isn’t quite as good as most animal proteins, it’s outstanding for a plant protein, so antinutrients aren’t blocking absorption enough to matter.

Everyone has their own preferences when it comes to the taste of protein powder, but most people agree pea protein is one of the more palatable vegan options.
That said, when consumed on its own, the “pea” flavor tends to be a bit overpowering. When combined with another plant-based protein powder like rice or quinoa protein, though, the flavor becomes nutty, mild, and malty.
Pea protein also has a smooth texture and easily mixes with water, unlike other plant-based protein powders like quinoa that have a gritty or chalky mouthfeel.

Now, the biggest “problem” with pea protein is this that it’s low in methionine, one of the nine essential amino acids. Practically speaking, though, this isn’t a major issue because methionine is abundant in many other foods that people usually eat in an omnivorous diet like chicken, fish, beef, dairy, and eggs.
The lack of methionine in pea protein only presents a problem if pea protein were your primary source of dietary protein and you ate little to no other methionine-containing foods. While this is almost never an issue for meat-eaters, it’s a good idea for vegans who follow particularly restrictive diets to combine pea protein with other plant-based proteins to ensure they get sufficient methionine.

– Pea protein is one of the unsung heroes among plant-based protein powders.
– It’s mostly protein by weight and high in essential amino acids (especially muscle-building BCAAs).
– It’s well digested and absorbed.
– It tastes pleasant and mixes well with water.

Pea protein powder is just as viable of an option for supplementation as anything else, including the heavy hitters like whey and casein.